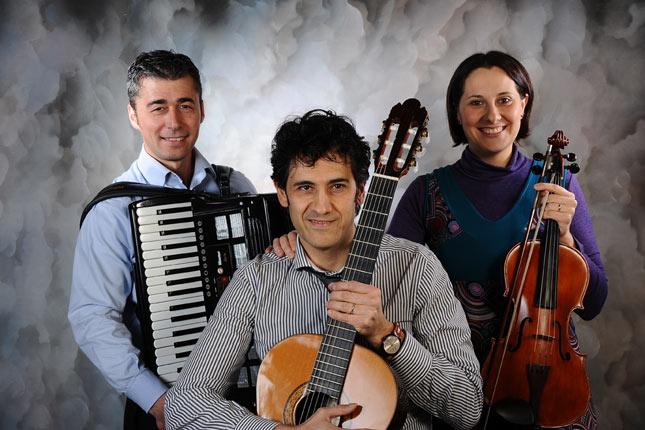 Claudio Renzini Born in 1965, studied classical guitar at the Conservatories of Trieste, Udine and Rovigo. He actively took part in teams like the Guitar Quartet Fandango and the guitar orchestra Città di Gorizia, with which he won the Guitar Festival Città di Voghera in 1993. Since the end of the 80s, he has attended many clubs and piano bars in the region Friuli venezia Giulia. In a duet with the keyboard player Pierangelo Della Mora he performed in bars like Diego's Ranch in Raschiacco di Faedis, the ABC in Udine and Caffè Municipio in Pordenone, real musical training grounds that made Claudio able to perform at his best in his current activities.

His repertory varies from classical music to Italian and international pop: guitar solos and voice, always live. Not to talk about about his experiences with the most different types of music, from jazz to bossa nova, from 60s discomusic to latin american rhythms. Being a versatile musician, he often collaborates with Andrea Gargiulo, a skilled accordion player and singer, expert in Friuli's traditions, Italian and International popular music, and with the violinist Debora Renzini, who graduated at the Conservatory of Udine, and who is also a singer, specialized in teaching music to kids. This helps her a lot during marriages and while organizing musical games for children, even the very small ones.